Country Club Hills is structured as a Mayor/Aldermanic Council form of government. Registered voters, in non-partisan elections, elect a Mayor, City Clerk, Treasurer, and one Alderperson from each of the five Wards to represent them on the City Council.

All City Council regular meetings are held on the second and fourth Monday of each month at 7:00pm in City Hall.

Administrative meetings of the City Council are held on the first and third Monday of each month at 7:00pm.

City Council committees meet at the call of the committee chairman, which is an alderman. Each alderperson chairs at least one committee. All committees are made up of at least three aldermen.

Country Club Hills is in the 2nd Federal Congressional district.

For State representation in Illinois, Country Club Hills is represented by the 19th Senatorial District, and the 30th and 37th Congressional District. For more information on your other elected officials please refer to the Community section of the website. 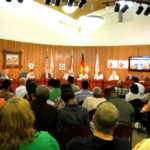 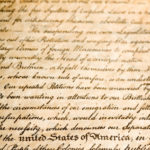